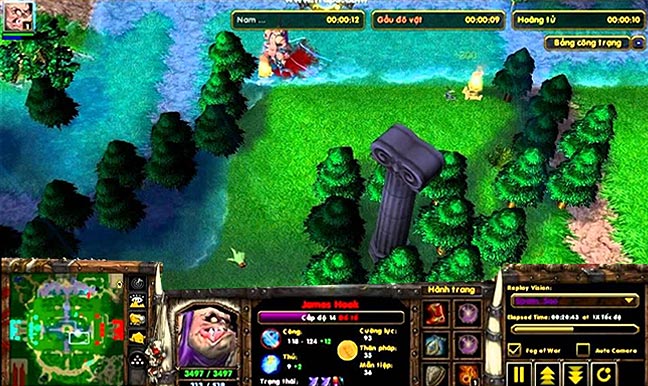 The Warcraft 3 Map Divide and Fight is a Moba Game like Dota and League of Legends.

In Divide and Fight are 120 Heroes available to play.
Even if you are new to the Map it’s easy to get in it. If you played Dota or League of Legend before, you will learn Divide and Fight really fast. It’s a fantastic map that did not get as much attention as Dota but is also Fun to Play!
Download Warcraft 3 Divide and Fight v2.19c here:
Download Two Teams fight against each other and every Player controls one Hero. Divide and Fight is based on Dota and there are 3 Classes of Heroes:

The Good thing in Warcraft 3 Divide and Fight is that there are more Special Effects and Fun Stuff than in Dota, because Dota was always cooled down to 8 MB maximum to give also players with a low connection the possibility to play.

But Nowadays more users have a good connection.
Enjoy the extreme effects! 8) Give us your thoughts about this compared to Dota. Is it equal or is Dota better?

Here you can find the Best Warcraft Maps.

How can you compare this map with DotA when you use national music in your trailer video.